Resin Seeds are a Spanish cannabis seedbank, founded in 2008 by owner and breeder Jamie, along with the help his good friend Juanma. However, the founders have been involved in breeding since the late 90's when Jamie opened one of the first grow shops in Barcelona. "One of the main reasons that pushed me to start up my own seedbank was the contact with medicinal cannabis users. Patients told me the different effects they felt when using different strains and provided me with their valuable feedback." Considered the pioneers in the CBD movement thanks to Resin Seeds award winning strain Cannatonic. Despite the fact that Cannatonic is a relatively low psychoactive strain. It wowed the judge's at the 2008 High Times Cannabis cup, awarding it a win in the Sativa category. Continuing the develop medicinal cannabis Resin Seeds added to their awards with another win at the Cannabis cup in 2013 with Dieseltonic. A cross of  New York City Diesel with a reverted Cannatonic. Today Resin Seeds are grown throughout the world by medical patients and the company take pride in the knowledge that 1000's of patients have benefitted from their strains. 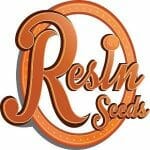