We selected The #18 out of the feminized OG Kush seeds we first released. The #18 was so good in many ways we had to re-feminize her! She takes on a more Sour taste then the original OG and at least a 1/3 better yield. She has the yield and fuel sour taste of the Chem Dawg with the OG-Chem power. Flowering in 9 weeks this is a keeper pheno, with rock hard buds that shine with crystals. If a more refined Sour version of the OG Kush is what you’re after, here it is. This is a re-work project that just keeps getting better, stronger, and fatter than the parent!!! This is Video Game herb!

DNA Genetics’ founders enjoyed the very best of local Californian strains when they started growing in the late 80’s. In 2002, Don and Aaron decided to leave their home on the West Coast of America and head to Amsterdam, a more cannabis friendly environment. However, they were immediately underwhelmed with the quality of the cannabis. Therefore, they decided to sell popular strains from their native California while creating new strains such as Nevils Haze and Columbian Gold. DNA Genetics values have not altered over the years. A strong ethos to provide and supply the world with the highest quality cannabis seeds for both medical and recreational use. The 2x Cannabis Cup winners’ (L.A.Confidential and Martian Mean Green) original strains will not disappoint. 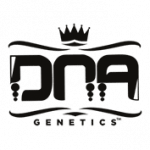