Almost 100% Indica, short flowering period, less than 60 days. Medium size and low branching, it develops big and dense buds, with an impressive amount of resin, that is because the plant produces numerous trichome since the early days of flowering. Powerful and aromatic, pervasive and intense sweet and fruity flavour. Longlasting and intense.

In 1999, after spending time researching a Dutch seed bank a group of Spanish Breeders decided to set up their own cannabis seed bank - Advanced Seeds. Whilst they enjoyed the tastes and aromas of the Dutch seed bank, they also felt there were a number of problems including germination. In the beginning business was slow and a lack of marketing, packaging and only selling via the small shop in the Spanish city of Murcia, they needed a plan. Advanced Seeds decided to create a line of feminized genetics that combined a simple cultivation process for consumers. Such was the success of these strains that they became a professional cannabis seedbank in 2006. Learning from their earlier years, they began to pay attention to their advertising and Brand image, Advanced Seeds very quickly established themselves as one of the mots popular and reliable seedbanks in the country. Buy your Advanced seeds cannabis seeds at coffeeshopseeds.com today and experience and enjoy all they have to offer. 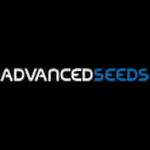