In 2005 Dinafem introduced Moby Dick into the market and it immediately became a seed which produced passion among collectors; it was the first time a local feminised seed surprised collectors and convinced them firsthand that Holland was not the only reference in seeds.

It was a first class variety, vigorous, productive and very powerful, with much better genetics than many of those available. The years have passed and it has become the most well-known variety in the Dinafem catalogue. Crossing a JYD Haze mother plant with another non-dominant and highly productive indica mother plant of the Northern Lights strain, Dinafem have managed to preserve its sativa character in flavour and strength but obtaining a higher productivity at the same time.

In order to do so, Dinafem have used the most productive mother plant of a special selection, a very stable and productive non-dominant indica. Thus, Dinafem have produced a new improved version which maintains the same strength and flowering period in spite of increasing its productivity. The increase in productivity is more noticeable in Mediterranean climates – as the sun is the principle factor which marks the difference. Harvesting is similar to its sister-plant, between the 10th – 25th October. It is moderately resistant to fungus caused by excess moisture in autumn.

Dinafem Seeds are the leading pioneers in cannabis seed preservation. Cultivating their own strains since 2005 they are internationally recognised for their part in revolutionising cannabis seed storage. When they first opened as a seed bank, Dinafem Seeds were finding that a large number of the seeds that they sent and received were damaged. Caused mainly due to the sub-standard packaging. Cheap plastic containers were not protecting the seeds from humidity or light. While standard envelopes were quite simply not strong enough to protect the valuable contents. Dinafem Seeds now use packaging that prevents seeds being irreversibly damaged. The seeds are first placed in a clear, plastic vial, similar to ones used in a standard laboratory. This vial is then placed inside a strong metal container. Therefore, ensuring absolute safety when products are being shipped across the world. For well over 10 years now, Dinafem Seeds have been selling the best selection of sativa and Indica cannabis seeds worldwide. Since their origins as novice growers, they have researched the genetics of many plants to produce their own seeds, all of which are appreciated worldwide. best known for the high quality of their feminised strains. As well as been recognised for their superior preservation techniques. Their Moby Dick CBD is immensely popular thanks to its fantastic medicinal properties and long-lasting cerebral effect. While their fantastic Blue Kush strain is a customer favourite for its potency! Try for yourself, buy Dinafem Seeds from Coffee Shop Seeds now and earn reward points. 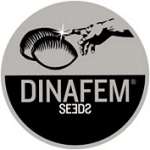