A distinctive cross created by mixing together Lemon Diesel with 710 Cheese. Perfect for UK Cheese fans. In this hybrid two different pheno-types got mixed – cheesy Indica and quicker-flowering diesel. Lemonheads is hard-hitting and truly powerful, do not underestimate this little creeper.

Based in Birmingham, England 710 Genetics  are a seedbank who often describe themselves as a boutique seed company offering both rare and popular strains from both the United Kingdom and Europe. Specialising in Feminized and Autoflowering varieties, with a number of strains that have received praise and accolades across the European market.

Breeders at 710 Genetics started to create their own unique brand of seeds in order to demonstrate the capabilities of UK seed market. Since starting breeding themselves they have created 19 original, unique strains, all of which are solid, reliable and most of all, affordable.

Their Purps Feminised strain is a pure indica that emerged as a result of a cross between a Hindu Kush and a Purple Afghani. a blissful, long-lasting euphoria after use, while also providing a relaxing effect bound to help even the most hardened insomniac.

710 Genetics are flying the flag for the UK in a cannabis seed market usually dominated by seedbanks from the Netherlands and Spain. Their strains are reliable, flavoursome and most of all, are made with care by a team of breeders who are proud of their roots. 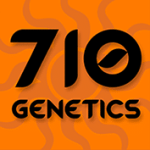 Be the first to review “Lemonheads Feminised Seeds” Cancel reply