We are very proud to release the Grenadine, a Sourish Cookie OG with extreme trichome production even the fan leafs get sugared up, most will show a purple hue at end flower. Plants show a typical OG kush type stretch and build up. A true treat for the connoisseurs. 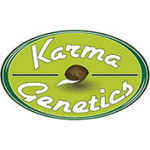 Be the first to review “Grenadine Feminised Seeds – 6” Cancel reply