G-Force Marihuana Seeds is a feminised G-13 hybrid that’s heavy in yield and super-heavy in effect – not every smoker can pull this many Gs!

This Flying Dutchmen strain can leave some feeling stuck to the couch from the rapid acceleration of a huge hit, or from the sudden perception of increased mass afterwards.

The Skunk/Northern Lights cross is recognised design classic of cannabis breeding for its easy growth and monstrous resin production. The addition of the knock-down Indica power of the infamous G-13 makes this new hybrid a force to be reckoned with in the hands of a competent grower.

G Force is nearly all Indica in background – a pure Indica crossed with a mostly-Indica Skunk hybrid. The females producing the biggest and most resin-dripping buds should be given the full nine weeks to reach their best.

The Flying Dutchmen started out with humble beginnings. Founder, Eddie, began collecting cannabis seeds to conduct research for his own personal use. This all changed in 1984, when Eddie teamed up with another breeder 'Skunkman'. Together Eddie and Skunkman opened a wholesale genetics business, cultivating new hybrids and strains. It was these two men who first developed Skunk #1. To ensure unique parental stocks, Flying Dutchmen grew thousands of strains in greenhouses with only the very best preserved. These were then inbreed until considered stable. 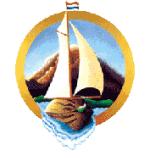 Be the first to review “G-Force Feminised Seeds” Cancel reply