Cronuts is the long-awaited hybrid by Alphakronik Genes that is the first entry in their Le Patisserie Series, featuring the infamous Girl Scout Cookie cutting. They decided that the Sin City Kush male would be the most potent offering to compliment the unique traits that the GSC cut is known for.

By adding the SCK genetics they increased the yield, added a more unique purple colouration, and sweetened the flavour even more. Cronuts has a unique blend of flavours that culminate in a sweet and woodsy flavor, with undertones of bread and fuel with a florally sweet finish. There are three main phenotypes found in Cronuts, each unique in its own way.

The structure of the GSC was enhanced by the SCK’s strength and rigidity, giving it not only a better overall structure, but brought the node sites closer to together, reducing a bit of the stretch that the GSC has.

American seedbank Alphakronic genes Seeds have grown significantly over the past decade. Their cannabis seeds are available in over 19 countries across all 7 continents and they are still expanding. By using rare and potent parental genetics, Alphakronik have created ‘unique flavours and unparalleled potency’ in their strains. All of Alphakronik Genes Seed strains are grown using only soil with organic based nutrients. Their belief that factors that contribute to mass cultivation detract from the final product and should never be used. using this mindset enables Alphakronik to develop some of the worlds finest Marijuana Seeds on the market today. The key goal at Alphakronik is to ensure that customers are completely satisfied with their seeds and final product. The customer service team are happy to offer advice to anyone who requires it. Many of the seeds in Alphakronik’s range are extremely rare and of high potency, on top of that, all cannabis seeds are of top medical grade. Their most popular is entitled “The Claw”. This strain is a limited edition and only had one release date. The combination of potency and power in this strain, combined with its incredible medical effects truly represent Alphakronik Seeds at their best. You can try all of Alphakronik Genes superb strains at Coffee Shop Seeds now. 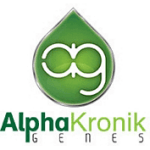 Be the first to review “Cronuts Regular Seeds” Cancel reply