Cheese is a legend which was discovered by the Exodus Crew, a collective from the Luton area north of London. It was originally a Sensi Seeds Skunk #1 phenotype which exhibited an pronounced smell of extra-mature Cheese. Maintained in clone form for many years by anyone lucky enough to get their hands on it eventually it was hybridised with Afghani #1 and seeds were produced. It soon became one of the Top 10 strains most popular strains in all the coffee-shops in Amsterdam and won numerous awards in the High Times Cannabis Cup.

It deliverss a well-balanced effect, a mix of the physical and cerebral. With an 8 week flowering period and lush heavy harvests around 500 gr/m2. Its appearance is somewhat languid, with long outstretched leaves and slender stalks, a trait from its Skunk ancestors, however the flowers it produces are thick and plentiful and, when exposed to the adequate low temperatures, turn a light violet colour.

It is a highly commercial variety, comparable to Big Bud, Skunk#1, Power Plant, or Critical+, as these varieties, together with Cheese, are heavy yielders, fast and compact and offer high levels of THC.

One of the best and most trusted seed shop’s around. We have gradually built a reputation for honesty and trustworthiness. Our customer service is regarded as one of the best in the cannabis industry. Now at Coffee Shop Seeds we are pleased to announce our offering of our very own Cannabis seeds. Thanks to our close working relationships with breeders all over the world. Our marijuana seeds are available in packs of 1, 3, 5 and 10 with some strains available in 50 and 100 packs. Popular female cannabis seed strains like Girl Scout Cookies feminised. An Indica dominant hybrid created by crossing OG Kush with South African landrace – Durban Poison. Or the much loved Grandaddy Purple FAST, an F1 Indica that finishes fast with high level of THC. As well as female cannabis seeds we offer autoflowering cannabis seeds. Ideal for beginners, autoflowering cannabis seeds flower at a set time period from germinating as oppose to reacting to light cycles. Strains like Gorilla Glue #4 Auto with very high levels of THC, as a result, it’s a perfect night-time smoke/vape. However, medicinal cannabis users will also benefit from GG4 Auto. Beneficial for a range of conditions including insomnia, muscle spasms and general pain relief. We will be constantly adding to our own range of marijuana seeds so please keep an eye on this page for new and exciting strains coming soon. If you require bulk cannabis seeds in a large volume please contact us for a quotation. 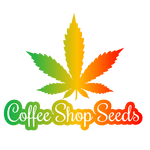