Named for the famous road movie that celebrates its 40th anniversary this year, Easy Rider is the first so-called “automatic flowering” variety in Ceres Seeds’ collection.

This short, compact and auto-flowering dwarf has its roots in Russia, Afghanistan and Colombia. It is a quick and strong variety that will thrive under almost any circumstances. Flavour and effect are very much on the Indica side of the spectrum. Easy Rider has a musky, herbal scent and a pleasant buzz. It has a surprisingly big yield for such a short and quick flowering plant.

The new Ruderalis and Skunk crossing is an auto-flowering variety that begins blooming according to the age of the plant, rather than the light cycle.

Easy Rider normally begin flowering when the plant is growing its seventh set of leaves is. Easy Rider is a tough little plant that usually grows to a height of 90-120 cm, and can be harvested at the end of September.

Founded in 1988 Ceres Seeds started cultivating their first seeds and cuttings. Taking their name from Ceres, the Roman goddess of agriculture and motherly love. Her name derives from the Proto-Indo-European root 'ker' meaning 'to grow'. By the early 1990s, Ceres Seeds worked for the infamous Dreadlock Coffee shop in Amsterdam's Red Light District, as well as reputable seed companies such as Sensi Seed Bank, where they learned how to produce and cross, strong, healthy plants. You can buy multiple award winning Ceres Seeds strains from Coffee Shop Seeds today. 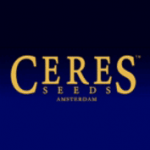 so far so good. Honestly, no complaints about this company. If something goes wrong and they can rectify it, they will. I would recommend this company to anyone that would ask and have

I have used coffee shop seeds 4 times now and they have given me great advice and great seeds, I love also getting free seeds thanks so much