White Widow regular first appeared in Holland at the beginning of the 1990’s and quickly became a hit in all the coffee shops and not long after around the globe. It is a potent cross of a Brazilian and an Indian sativa. Its name stems from its immense crystal production that makes it shine and glimmer. WW can be grown both indoors and outdoors finishing indoors in around 8 weeks and outdoors in late October. This is a great strain for wannabe breeders but will also suit those that enjoy an easy to grow strain with a very strong sativa effect.

Seedsman have over a decade of experience in selling quality cannabis seeds. Their initial concept was to help expert breeders package, market and sell their cannabis seeds. They are not - and have never claimed to be - breeders themselves. Their cannabis seeds have come from pioneering breeders, some who prefer to remain nameless and others who are known worldwide for the quality of their breeding. Sacred Seeds and Sam the Skunkman are our most famous suppliers. The huge breeding programme helped to create seminal marijuana strains such as Skunk #1 and Original Haze. As well as mass hybrid cannabis strains with mass market appeal, we are also very keen to maintain high quality landrace strains, as we see these as the fundamental genetics in cannabis evolution. Seedsman have a great range of both Feminised cannabis seeds and autoflowering cannabis seeds. Buy Seedsman seeds today at Coffee Shop Seeds. 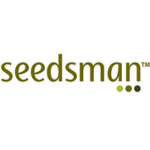