Plants grow up to 3 to 4 metres high outdoors. Its yield is impressive with big, elongated colas that harvest up to 3 kgs per plant! The Compolti increased the CBD percentage whilst lowering the THC to sub 0.3% THC. As it is sub 0.3% THC it is legal to grow in Italy and Switzerland. CBD % is around 12-14% depending on climate.

There is some variation in taste with Terra Italia CBD Feminised. The aroma is complex and beautifully balanced. The terpene profile is influenced by Myrcene with hints of musk, herbs and citrus. And Linalool that gives it wonderful floral hints of lavender. 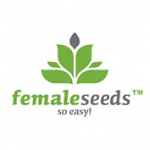