Sorry, Out of Stock

Growers will enjoy prolific, fast-growing plants that begin flowering with a sizeable stretch.  The optimum flowering time with Lemon Tini regular is 70 -75 days. She produce’s good amounts of resin as she finishes. As a result, this strain is a smart choice for extraction enthusiasts. Resin covers the fan leaves and the tops such is the quantity produced.

Flavours and aromas are, to put it mildly, lemon-centric. The zesty gassy lemon aromas are simply exquisite and discerning connoisseurs will love the fusion of terpenes. Lemon Tini, like most of Karma Genetics recent releases, is a very potent strain of cannabis that produces strong, euphoric effects. 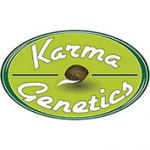